Sessions Chapter 40 - If I Never See Your Face Again 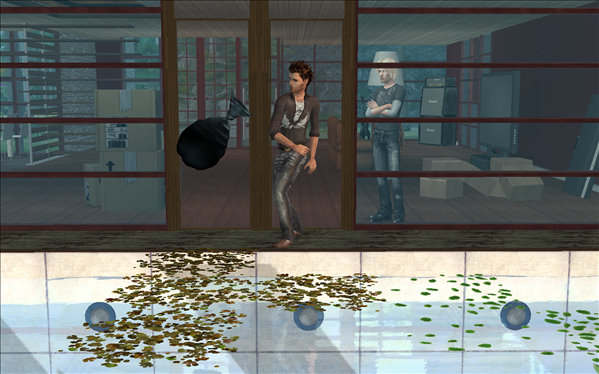 Blade threw another bag of trash out the back, missing the pool by inches: a good thing since he hadn't found anything resembling a pool skimmer. Slamming through the door back into what passed for a living room, he glanced around it again. Nothing much more he could do to make it presentable and he was out of time and pissed off thinking about what he'd paid Tyler Romero for this place. 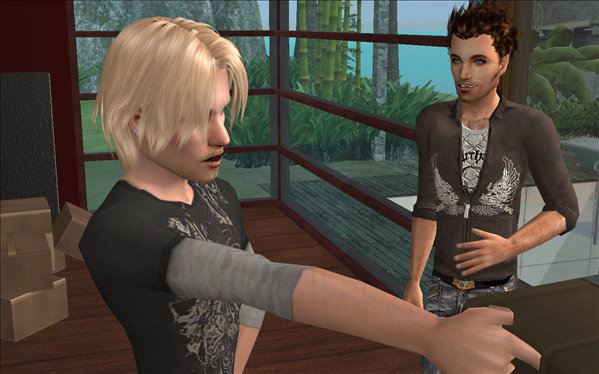 And there was Rob. Still there. "I thought you left."

"Not yet." Rob slid a hand around the the stack of boxes, made a face and said, "We're up for an RMA award." 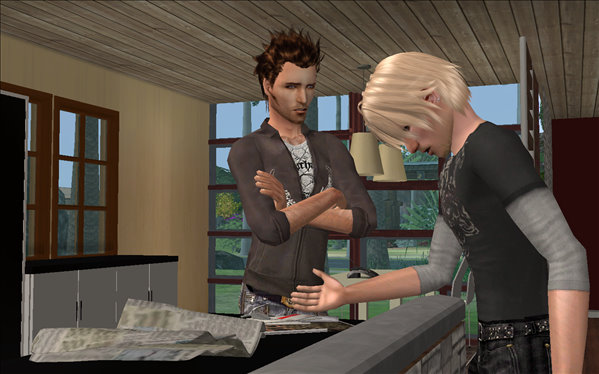 Glancing at the clock, he had less than 15 minutes before she arrived, if she did. RMA. Not now. Rounding on Rob, he drew a breath, tried to deal with him, he'd never been able to 'deal' with Rob. "I know. More than one. Look man, I'm expecting company, you want to get out of here?"

"No," Rob said, sifting through the mail. Rob the thief. Rob the thief who had kept the band afloat but didn't seem to know when to stop getting into every damned thing. "I want to know why you think taking down Cooper's wife gets us anywhere."

He didn't feel like explaining anything, irritated and impatient, shot out, "Why the hell do you think it's any of your business?" 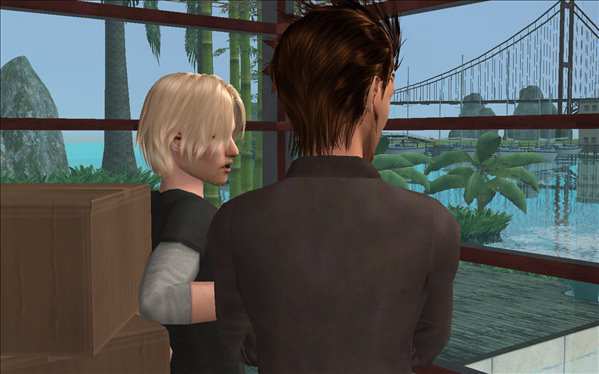 Rob shrugged, wandered around the room and stared out at the bay. "Every time you decide you want to get married again, you fucking go offline. Six months of bullshit, you don't work, you do nothing. Not this time, Alex. Not now."

That wasn't the way it had gone down. Maybe the first one had been trouble, maybe the second, not the third and hell no not the last bitch. "I'm not marrying the woman...she's still married to Stanfield." 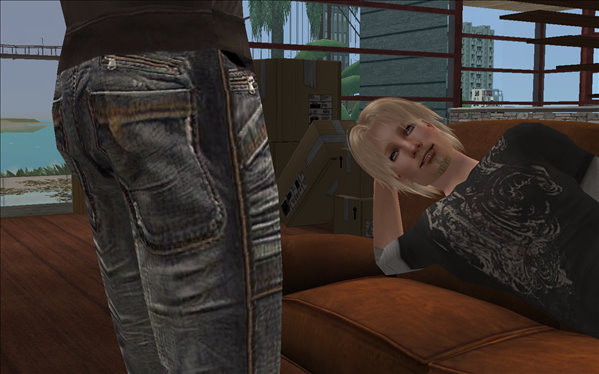 Sprawling out on the couch, Rob cooly retorted, "And she should stay married to him. I'm not going anywhere. I want to meet this paragon...think I have met her and she's not all that damned hot. Have you seen his daughter? Strike that...she's available. Do not see his daughter."

Blade glared at him, looked around for something to throw at him, didn't find anything, settled for yelling, "Chase that yourself asshole. Come on, get out of here." 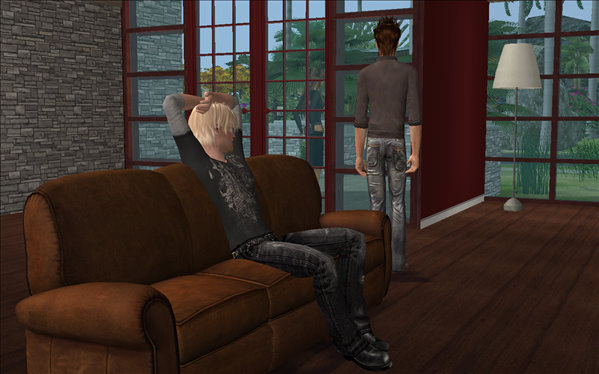 The doorbell rang. Even the doorbell didn't work. A strangled ring, skipping a ring, another half ring. How the hell had Tyler lived in this place? Nothing worked. 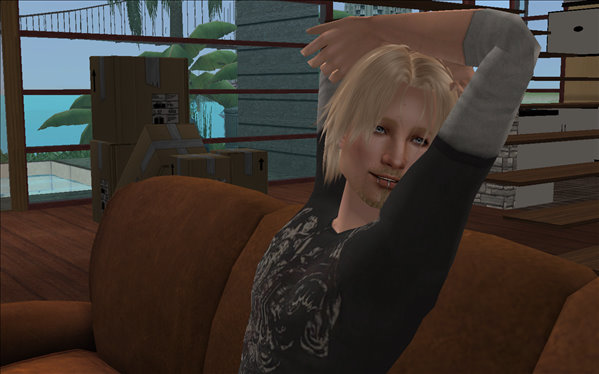 Rob smiled, shifted on the couch. "And that would be Lady Stanfield. Ding dong the bell tolls for you...hurry up, she might run away." 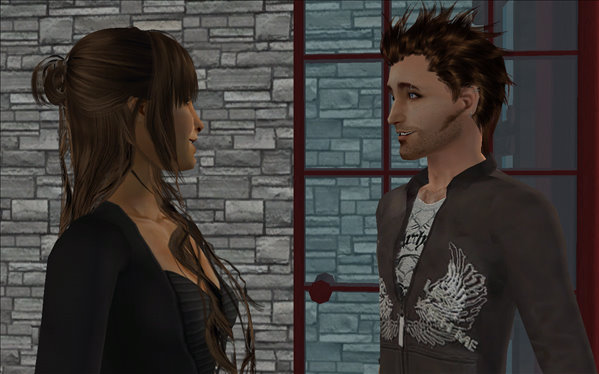 The front door stuck. Grabbing it, yanking it, maybe it would break this time god no not with her standing there watching him trying to open his own damned door, Blade leaned hard into it, forcing it open. Beth Stanfield stood there, not looking at him, looking at the cracked driveway or the leaky windows or the dying plants, finally looking at him, she said, kind and careful and amused and wearing something that wasn't anything near kind or careful, "Hi Blade...may I come in?" 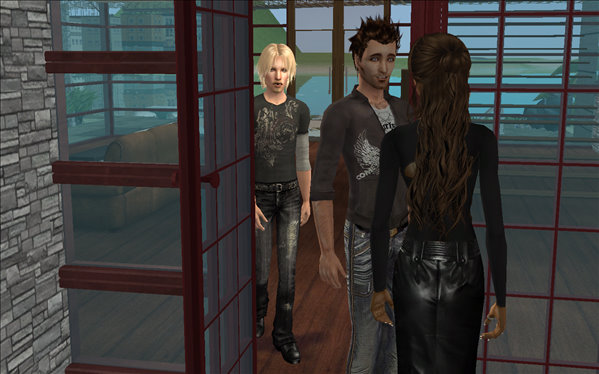 Behind him, he heard Rob shove something, Rob walking up, Rob standing right behind him breathing down his damned neck. Beth smiled. Rob muttered, "We're screwed."

This should certainly be interesting... :S

Interesting tidbit about Blade completely neglecting his career while he's married, particularly since Cooper is a clear contrast there. Hmmm... :S Here's hoping for the best, I guess? Whatever that happens to be in the grand scheme of things?

Coop and Blade have a lot of similarities, but how they handle marriage is definitely not one of them.

I lol'ed at the end. Maybe he knows Blade better than Blade knows blade. He sure is cute...that Rob.

Beth isn't interested in Blade, hope it stays that way!

I can understand Rob's uneasiness, having kept the band afloat for so long, it wouldn't be fair on him and the rest for Blade to just throw it all away over a woman, Cooper Stanfield's woman no less! But I get the feeling Blade's the type of guy who does what he wants, when he wants, screw everyone else. I just hope Beth draws the line somewhere and keep their relationship as the business transaction it's supposed to be.

Val: Blade has a large and healthy ego LOL! At this point there is no relationship between Blade and Beth. He's playing a game with Cooper, she knows it, and so far she has no reason whatsoever to do anything but watch it play out. There's more than one reason to get involved with someone, though. By the time we get the next piece up, we hope that will be clearer.

We're getting to know Blade and Rob. Blade is a romantic. He gets carried away and he marries the women.

Qui, Rob is so much fun to work with! He is absolutely CUTE!!

Beth's interest in Blade may depend on events outside their relationship...

There's just something about Rob's mouth...very nice smile on that man.

Blade's anxiety over the state of his house and the quick clean-up is hilarious. I am intrigued by Blade's thoughts about Rob--calling him the thief? Can't wait to find out what that's about!

Ugh, that has to be the worst thing about any business in which you have to depend so much on other people to get work done--people who aren't replaceable. I can understand Rob's concerns, if Blade is really like that. Hopefully most of his falling off of work isn't part of the courting phase of his relationships--because I would be surprised if Beth starts seeing him.

This is a great teaser! I can't wait to see what comes of this...

Rob is a straight shooter. I like that when so many other people seem to have agendas. And he has sticky fingers! LOL!

If Beth is interested in Blade I hope she tells Coop straight out. I think Beth and Coop need to be apart. I don't remember much happiness in their relationship. Always turmoil. Although Blade isn't looking for a relationship...yet!:P

I am very much looking forward to what happens with Blade - interesting hints in your replies to people's comments. ;)

~ Blade clearly wants to get under Coop's skin,but I think there is a little bit more to it,he is clearly smitten with Beth, & Rob can clearly see that, & hence his worry!
~ The only one who does not clearly see what is going on, is Blade himself!
~ If this is leading to something I can't wait to see the outcome,thank you both again for sharing! Ilove this story!

hahaha, that was a cleverly funny line to end this with, "We're screwed."

Rob is a total cutie..i'm anxious to see what happens with him!!

Hey Phoenix! Beth isn't interested in a romantic relationship with Blade although that doesn't mean that under certain circumstances she wouldn't get involved with him. Blade though...what's that line from Jurassic Park? He's always on the lookout for the next ex Mrs. Ferguson LOL!

Rob does have sticky fingers and only one agenda: his own.

Rachel, there's something about Rob's face in general that I find intriguing. Some characters leap right out at you, and he's one of them. The combination of a somewhat angelic face and a very practical attitude...Rob the thief indeed.

Blade is obviously easily besotted. This particular woman is more than a woman though: she's part of Cooper's kingdom. That should keep him focused!

We've got the next parts written, so we hope it won't be too long before we move forward.

oh thank you Christina! Rob is a TOTAL cutie ha!!

and thank you so much for the compliment on the shots!

Aussie Karima...thank you so much!!

We are so appreciative of your support and comments. Thank you...from both of us!!!

and we worked up a bio for Rob and put a link down at the bottom of the update. Better portrait on the way.

What an interesting paralell between this ploy to get to know Beth on Blade's part and what happened between her and Cooper when they first got together. Cooper was genuinely interested in her and Blade is genuinely interested sticking it to Cooper. Beth seems to be able to tell the difference thank goodness. It will be interesting to see just how far he takes this and how far Beth is willing to ride for the fun of it, and how hard Cooper is going to hit the roof.

And those pics on Rob's bio......I want second one as the background on my computer. HOT!!!!

LMAO Muzegoddes....well take any shot you want anytime you want!

Beth knows the game, and although Blade is hot and interesting, he is...well Cooper lite. But it might be a fun ride for a little while. Blade is very competitive and driven but he's got this crazy history, he falls in love and he marries the girls (and there has to be some explanation for that self destructive behavior).

There is a limit to how much roof smashing Coop can do. He doesn't really want to smash it anyway, he wants to come home and make it right, make it the way it should be. He misses his little girl and he misses his wife and he's not happy with things.

Thank you SO much!

Again apologizing for not responding to all of you individually. I don't want to repeat but I do want to say thank you...each and every comment is appreciated by both of us!

You support means a lot.

Oh, the tension with these two! This was fun to read! :)

Awww, that older one with Nic and Rayne was cute! And also kind of heartbreaking to see that innocence lost. Poor Nic though, he's breaking my heart, lol!

Oooh, I hadn't thought about Rayne traveling. I do think that would be really good for her! But only if we get to follow her travels in story ;)

[the one with Blade and Rob]

LOL @ all those marriages! That is just fascinating! I wonder if he had a motive for each of them? lol! I get Rob's concern though - he seems to know his friend is very easily "swept away".

Blogger can be a beast. No idea why it chokes sometimes.

Nic kind of breaks my heart too. He knows he's not going to get the girl but he can't help feeling the way he feels, and his sister knows it.

We've played around with a couple of travel scenarios and not only for Rayne, just haven't found a way to make them happen.

Blade...yeah VERY easily swept away LOL! I don't think he had any particular motive; he just gets stupid and marries the women. I like Rob a lot...

Thank you so much from both of us!

This Rob and Blade are to very interesting characters!
and both of them are dead gorgeous!

I can't wait to see what happens with Blade and Beth, at first I thought he just wanted to get even with Cooper, but now, I think he really is into Beth... he seems to "fall in love" really easily... (talking about all his exes...) hopefully Beth wont become one of them!

S@n, thank you so much for taking the time to read and leave us these comments!

Beth is very unlikely to become a victim, or wife number 5. Blade is a distraction. He likes her, enjoys her company and he's attracted to her, but he's not in love with her either. Rob obviously thinks there's some danger of that happening (not without justification). Blade's marital history is complicated though, and he was not in love with all 4 of them.

Thank you from both of us! It's great hearing from you again!

You can expect strong language, nudity, alcohol and drug use, and adult situations.